Each one of us is a leader. We may just have different leadership styles. This talk and exercise* will help you to identify your particular style.

Song of the week: Crazy - Gnarls Barkley"And I hope that you are having the time of your life
But think twice, that's my only advice"

Food of the week:Walnut-Parmesan Fish Fillets with Fennel-scented Rice and Lentils.

Show of the week: Twin PeaksDale Cooper: "Diane, 7:30 am, February twenty-fourth. Entering town of Twin Peaks. Five miles south of the Canadian border, twelve miles west of the state line. Never seen so many trees in my life. As W.C. Fields would say, I'd rather be here than Philadelphia. It's fifty-four degrees on a slightly overcast day. Weatherman said rain. If you could get paid that kind of money for being wrong sixty percent of the time it'd beat working. Mileage is 79,345, gauge is on reserve, I'm riding on fumes here, I've got to tank up when I get into town. Remind me to tell you how much that is. Lunch was $6.31 at the Lamplighter Inn. That's on Highway Two near Lewis Fork. That was a tuna fish sandwich on whole wheat, a slice of cherry pie and a cup of coffee. Damn good food. Diane, if you ever get up this way, that cherry pie is worth a stop."

Song of the week: Rolling in the deep - Adele"Throw your soul threw every open door
Count your blessings to find what you look for
Turn my sorrow into treasured gold
You pay me back in kind and reap just what you sow"

Movie of the week: Wings of DesireDamiel: I'm going to enter the river. Now or never, moment of the ford. But there is no other bank, there is only the river. Into the ford of time, the ford of death. We are not yet born, so let's descend. To look is not to look from on high, but at eye-level.

Food of the week:Greek yogurt with a spoon of honey, sprinkled with walnuts, almonds and banana chips.

Book of the week: Siddhartha - Hermann Hesse"She taught him that lovers should not separate from each other after making love without admiring each other, without being conquered as well as conquering, so that no feeling of satiation or desolation arises nor the horrid feeling of misusing or having been misused."

Show of the week: Twin PeaksDale Cooper: Diane... 10:00 a.m. at the Great Northern. I've just been in a hotel room with the One-armed Man... or what's left of him. In another time, another culture, this man would have been a seer, a shaman priest... possibly a leader. In our world, he's a shoe peddler, and lives in the shadows.
Permalink: 10:20 am 1 comment:

My friend's beloved one, John, lives in Australia. My friend Jane lives in Canada. Some days ago Jane wanted to give John a surprise for Valentine's and phoned a bakery in the nearest town to his remote place. She wanted to order a pie and have flowers and the pie delivered to his dear John. The baker was excited about the idea but the bakery didn't take credit cards. Later, Jane will email the baker enquiring for possible alternatives. Because she didn't receive a reply, she let her beloved one know her previous intentions on the 13th. In this way at least John would know that she tried something. He, informed of her plans, phoned the bakery, just to find out that the baker had arranged, without expecting payment, to send the flowers to a post office and have a bus driver deliver them. This will be the beginning of an unexpected chain of reactions. 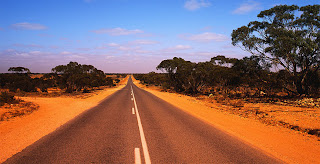 John decided that, instead of having the pie and the flowers for himself, he will redirect them to a friend of his whose daughter recently passed away. While at his local post office, he told the story of the pie and the flowers to others. Some of those others, who also know the man whose daughter passed away, joined him wanting to send flowers to the mourning man. John then took himself the pie, his flowers and other's flowers to his friend, spend some time with him, listening to what he had to say, joining him in his mourning.

Love sent from one place, to an unexpected recipient on the other side of the world.

Movie of the week: Barney's version
Barney Panofsky: ...and I'm just gonna keep talking here, 'cause I'm afraid that if I stop there's gonna be a pause or a break and you're gonna say 'It's getting late' or 'I should get going', and I'm not ready for that to happen. I don't want that to happen. Ever.
[they pause]
Miriam: There it was. The pause.
Barney Panofsky: Yeah.
Miriam: I'm still here.

Food of the week:
French crepes galore, made by a French friend. Savoury and sweet alike.

Book of the week: Sense and sensibility - Jane Austen
"You have no ambition, I well know. Your wishes are all moderate."

"As moderate as those of the rest of the world, I believe. I wish, as well as everybody else, to be perfectly happy; but, like everybody else, it must be in my own way. Greatness will not make me so."

Show of the week: Californication
Becca: I'm not twelve, you can't bribe me anymore. Well you can, but you have to adjust for lifestyle and inflation.
Permalink: 9:09 pm No comments:

Song of the week: K'naan - Take a minute
And any man who knows a thing knows He knows not a damn, damn thing at all And every time I felt the hurt And I felt the givin' gettin' me up off the wall

Movie of the week: My life without me
[Ann writes in journal] Ann: THINGS TO DO BEFORE I DIE. Ann: 1. Tell my daughters I love them several times. Ann: 2. Find Don a new wife who the girls like. Ann: 3. Record birthday messages for the girls for every year until they're 18. Ann: 4. Go to Whalebay Beach together and have a big picnic. Ann: 5. Smoke and drink as much as I want. Ann: 6. Say what I'm thinking. Ann: 7. Make love with other men to see what it's like. Ann: 8. Make someone fall in love with me. Ann: 9. Go and see Dad in Jail. Ann: 10. Get false nails. And do something with my hair.

Food of the week: Fried chicken drumsticks with sauteed onions, spinach and olives

Book of the week: After the Ecstasy, the Laundry - Jack Kornfield

"For minds obsessed by compulsive thinking and grasping, you simplify your meditation practices to just two words-'let go'-rather than try to develop this practice, and then develop that, achieve this and go into that [...] Instead of becoming the world's expert on Buddhism and being invited to great international conferences, why not just 'let go', 'let go', 'let go'? [...] So I'm making it very simple for you, to save you from getting caught in an incredible amount of suffering. There's nothing more sorrowful than having to attend international Buddhist conferences."

Show of the week: House MD
Boyd: "God says you look for excuses to be alone." House: "See, that is exactly the kind of brilliance that sounds deep, but you could say it about any person who doesn't pine for the social approval of everyone he meets - which you were cleverly able to deduce about me by not being a moron. Next time, tell God to be more specific."
Permalink: 8:10 pm No comments:

Last night I had a dream where I saw myself as a child, waking up in the morning, standing on the bed and stretching my arms up and wide.

Labels: buddhism, experiences, me myself and I, night, yoga

Here is an interesting documentary and food for thought about the past, present and future of our families and society.

- Do you see your child's first birthday as an achievement?
- Do you consider yourself your children's best friend?
- Are you competing with other parents for the biggest number of activities/attention for your children?
- Are your children in college/university giving you their username/password so you can check their schedules/grades/email?
- Will you give them a wake-up call so they don't miss a class in university?
- Will you try to negotiate the salary with your children's employer in their new job?

Where are we going today....? Find your place using this interactive map

Search the blogsphere (results below)

Jose-Luis
The roadmap of my life... our lives. 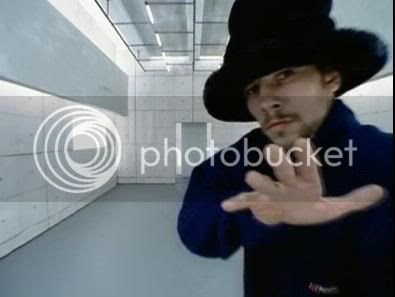 From Moonrise to Sunset

Video Bar (Click here and watch them at the top)

It's all about chemistry...if you feel a compelling impulse to do it, feel free to sign the